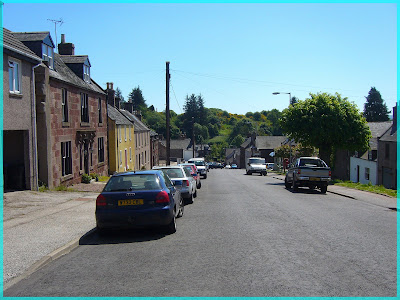 Auchenblae's name is a derivation from the gaelic for 'field of flowers', probably due to the large amount of Flax grown in the area many moons ago. 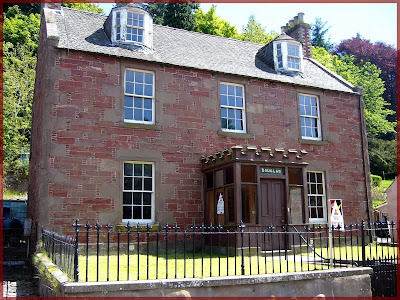 I noticed this place was up for sale, probably get it quite cheap just now I'd imagine. 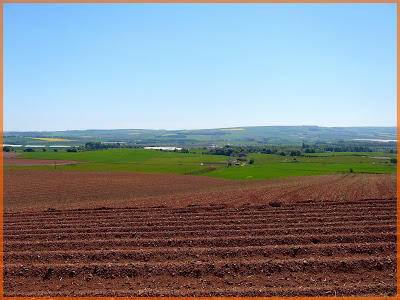 The rolling landscape of the Mearns from just outside Auchenblae. Sunset Song country. The deep reddish clay of the earth.

'Clean and keen and wild and clear, the evening ploughed land's smell up in your nose and your mouth when you opened it, for Netherhill's teams had been out in that park all day, queer and lovely and dear the smell Chris noted' 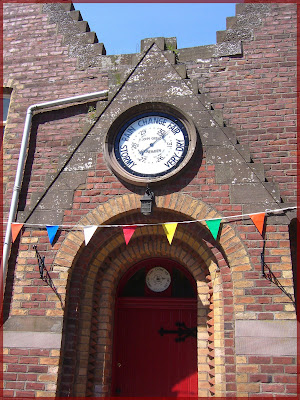 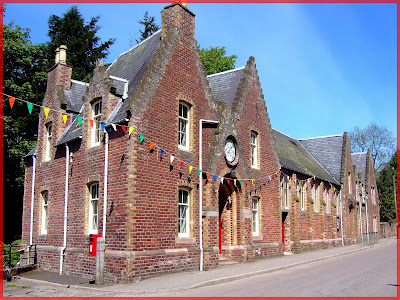 In the Parish church vestibule is a Celtic stone, this has been a religious site since the 7th century. St Palladius died and is reputedly buried here. The ancient ruin of St Palladius' Chapel is still in the kirkyard along with a memorial to Scotland's first Protestant martyr, George Wishart who was burnt at the stake in St Andrews by Cardinal Beaton. Having said that I don't mean literally by him. That is I don't think he struck the match......... 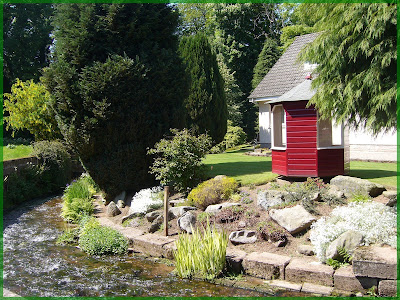 And rather than end on all this goriness and unpleasant forms of death, this is a pleasant wee corner of the village...... better now?
For more ungory Scenic Sunday posts click here