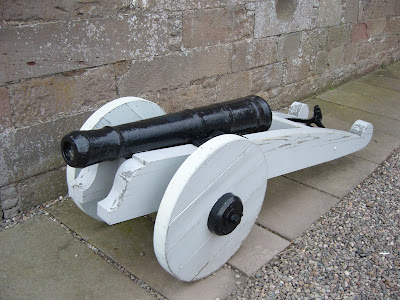 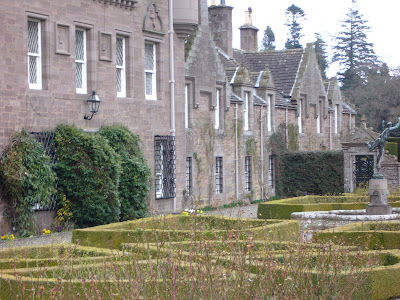 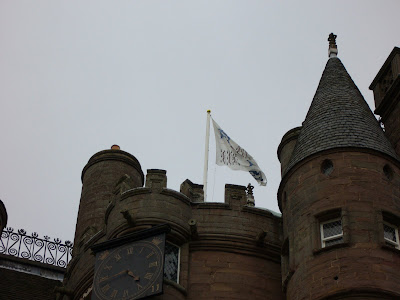 The bottom picture shows the standard flapping merrily in the breeze, I tried for ages to catch the flag fully unfurled and eventually gave up, this was the best I could do. The first family of visitors were given the dubious honour of raising it. Actually it was their little girl who did it, so I'm sure it made her day. If you click and enlarge you'll see that the clock is dated 1811, and it was showing the correct time, which got me to thinking, how come 200 years ago they could make things which would keep going for that length of time when with all our technological brilliance we can't make washing machines which last for five years?.......but then of course if we all had washing machines which lasted, we'd only ever buy one.....and Hoover would be no more, Zanussi no more, Indesit no more........Lochaber no more! (apologies to Craig and Charlie).
The middle pic shows the East Wing which I think was added in the 17th century, with the Dutch garden in front. Looking a touch dead at this time of year.
The top pic shows what they used to use on visitors who never paid their £8.50!