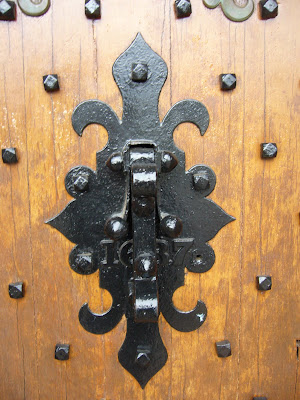 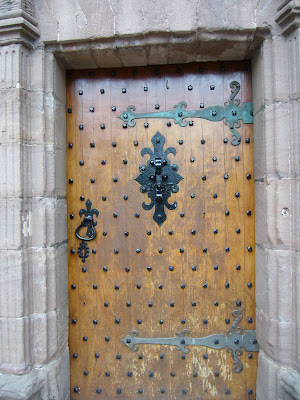 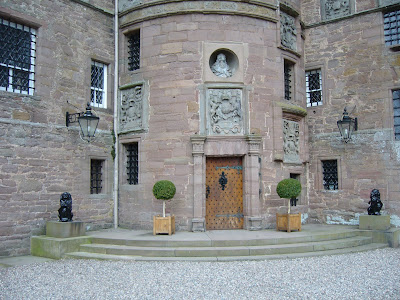 Glamis Castle was given to the Strathmore family in 1372 by Robert the Bruce. They have resided here since then. The estate covers 14,000 acres and includes the village of Glamis, where I once had the misfortune of living for a couple of years. It really is an odd place, still steeped in deference to the Landowner. I suppose it's understandable in a way, given that the Earl owns the village lock, stock and barrel, but it's strange nonetheless.
It has a long way to go before it kicks and screams its way into the 20th century, let alone the 21st.
It has to be said that's a pretty impressive front door though....... nice knocker too!