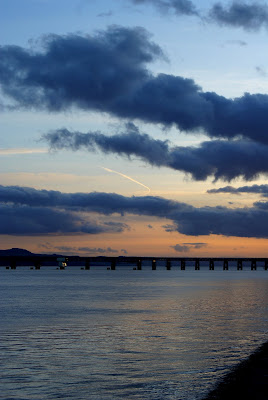 Standing roughly half way between the two bridges over the Tay at Dundee this evening.
The top and bottom pics shows the rail bridge. The middle pic shows the road bridge.

The sky behaved nicely for me. 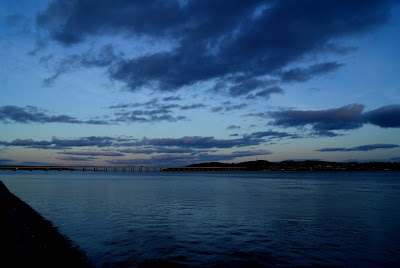 The Tay Rail Bridge was opened on June 1st 1878...... but it didn't last long. It collapsed on December 28th 1879 during a storm. A six carriage train chose the wrong moment to cross it and it plunged into the Tay killing all 75 people on board. At the time of it's opening it was the longest bridge in the world at two and a quarter miles long.
Immortalised by Dundee's very own bard William Topaz McGonagall you can read his account of the disaster here 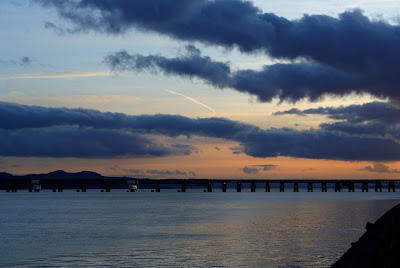