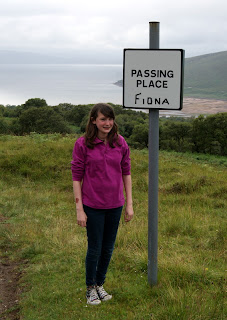 On the way to the Beallach Na Ba this summer, we stopped at this passing place which clearly had Fiona's name on it. Imagine having your own passing place! Cool or what? 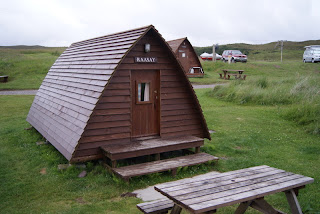 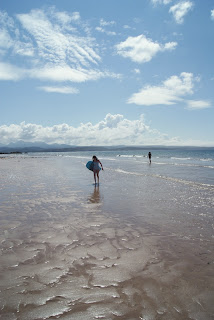 As is surfing in Scotland!
Posted by Neil Tasker at 21:55 6 comments:

Those of you of a nervous disposition should avoid watching this.....

As You Sow So Shall Ye Reap 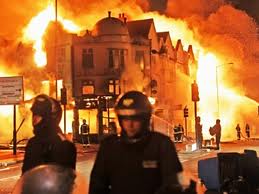 As Members of the Establishment, Bankers, MP's and journalists threw their collective hands up in horror over the greed and immorality of the London Scum........ 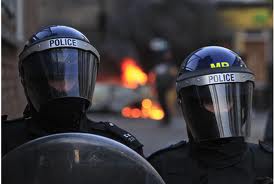 Their indignity grew as they grappled with the question......... 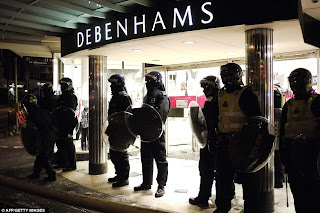 'Where on earth do these people get their morals from'?
Posted by Neil Tasker at 22:00 1 comment:

A Bit Of Self Indulgence 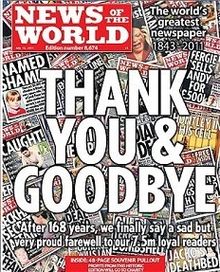 I'm not and never have been one of the 7.5m loyal readers. There's nothing sad about it and you have nothing to be proud of. Quite the opposite. Hang your heads in shame and fuck off quietly.
Posted by Neil Tasker at 19:04 1 comment:

Labels: Murdoch is next 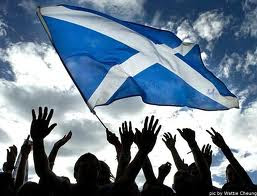 And in celebration, one of Scotland's finest voices......... short but very sweet. 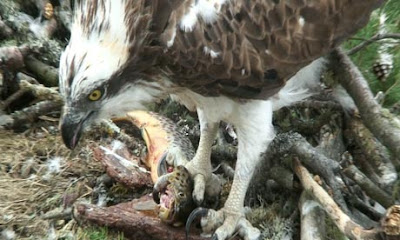 You can watch Lady nurturing her egg on a webcam directed at her eyrie. Photograph: AP


A venerable osprey that has already set records for breeding success has delighted conservationists and bird lovers by laying her 59th egg, confounding fears she might never breed again.

The Scottish Wildlife Trust said that Lady, a 26-year-old osprey nesting at the Lowes wildlife reserve in Perthshire, had laid her first egg of the breeding season after her latest mate returned to their nest.

Reserve staff spotted Lady hunched protectively over the egg in her eyrie high up in a Scots pine at lunchtime. The trust has now put in place a round-the-clock guard to prevent egg thieves and vandals reaching her nest.

Ospreys normally lay two to four eggs per season, so the reserve is hoping for at least one further egg to be laid, with the first chick expected within a week. The drama is being streamed live around the world, with a "nest cam" trained on the eyrie.

Lady broke another record last month when she returned for her 21st season at the Lowes reserve from a 6,000-mile round trip to winter in Gambia. After surviving a difficult summer when she fell seriously ill from dehydration and starvation, the trust feared she was unlikely to return home.

Most ospreys live to be eight or 10 in the wild, producing up to 20 eggs; Lady is now 26 and has bred 48 surviving chicks. That total means she is now one of Britain's most important birds of prey, a matriarch playing a significant role in propping up the species' numbers.

Persecuted to extinction as a breeding bird in the UK in 1916, the osprey recolonised naturally in the 1950s but remains one of the UK's rarest birds of prey. It is less common than the golden eagle, with an estimated 200 breeding pairs around Britain.

Anna Cheshier, the trust's Perthshire ranger, said: "If chicks successfully hatch from the eggs, this osprey will have produced 49 or even 50 chicks, an incredible contribution to the recovering osprey population breeding in Scotland.

"We hope to raise enough money to track these chicks using satellite tags this year, to find out about their inherited migration path and learn useful information which could help protect ospreys during migration."
Posted by Neil Tasker at 17:21 2 comments:


Five minutes of heartbreak. Not a clue what she's singing about, but the emotions are clear. And the voice of an angel.
I love the wintry scene outside too, somehow adds to the ambience.......enjoy.
Posted by Neil Tasker at 14:50 3 comments: 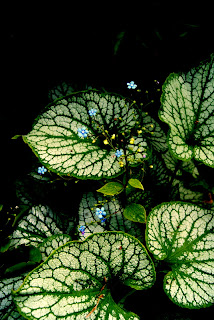 Any ideas what these are? Cos I don't. 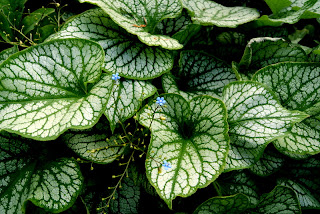 Pretty though.
Posted by Neil Tasker at 22:59 3 comments:

Labels: Blue and green I think 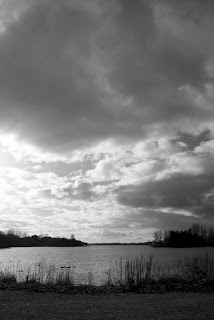 My first visit to the loch this year. I took these a couple of weeks ago. Literally the first time the weather's been bearable enough to make the venture. 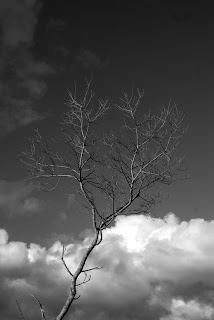 I thought these pics seemed to benefit from a bit of colour drainage. 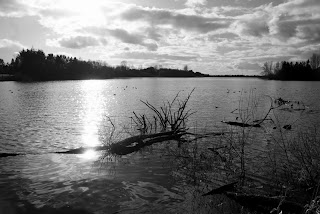 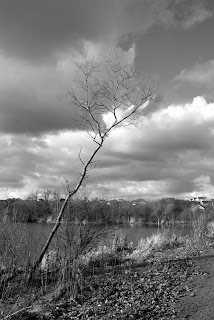 Switch off your lights tonight, sit in the dark and light a candle......Light and Dark.....geddit?

For those of you who just love Brian and his perfect teeth......enjoy! 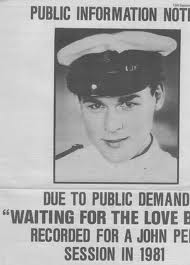 Came across this today and just had to share it. Ok, I know the vid quality is rubbish but the audio is relatively good. Good enough to allow Billy's unique and marvellous voice to shine through.
What a talent he was. 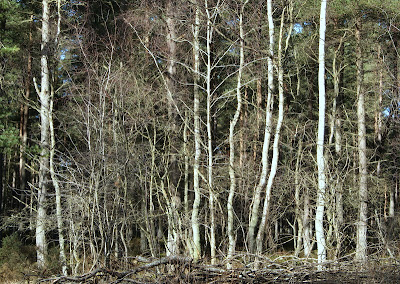 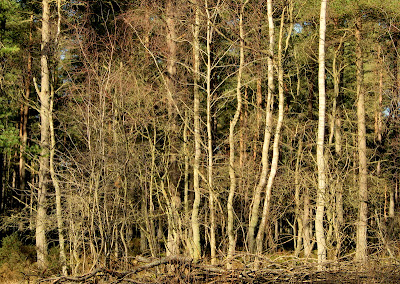 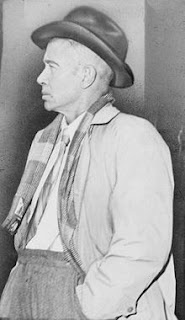 Driving from Arbroath to Brechin this morning I stopped to take some tree pictures. The one above was my favourite and I faffed about with it and got two results which I quite liked. I got to thinking about a poem which would reflect the pictures and was toying with Sylvia Plath and William Carlos Williams 'Winter Trees'.
But I eventually plumped for e.e. cummings' 'l(a'. I know it's not Autumn, but I just think the words and pictures compliment each other.
I'd be interested to know what you think of the poem. Clever? Pretentious? Sad?.......
.......and wasn't ol' e.e. one cool dude?

For more Skywatch Friday posts with sky in them click here
Posted by Neil Tasker at 18:17 2 comments: 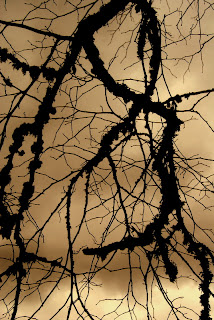 I've neglected this blog recently. Two reasons really, firstly lack of motivation and secondly, crap weather. It's not been easy getting out and about with the camera this winter. The second excuse is growing in irrelevance with the longer days and slight increase in temperatures. So I suppose I better address the first one.
What motivates the blogger?....................

Labels: motivation, tree that looks upside down but isn't

Talented Burd and her mate

Song of the week. Never knew she could sing.
Posted by Neil Tasker at 22:22 No comments:

First time I watched this I was aware that my jaw was still wide open about thirty seconds later.
Posted by Neil Tasker at 17:52 3 comments: 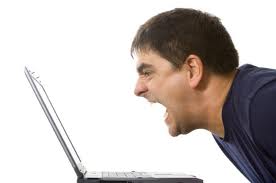 This is a true story from the Word Perfect Helpline, which was transcribed from a recording monitoring the customer care department. Needless to say the Help Desk employee was fired; however, he/she is currently suing the Word Perfect organization for 'Termination without Cause'.
Actual dialogue of a former WordPerfect Customer Support employee. 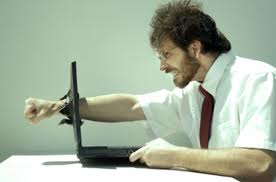