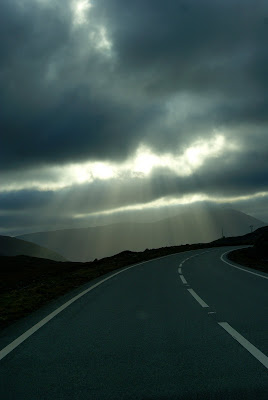 Driving back from Hushinish on Harris, we were approaching Bunabhainneadar when we rounded a bend to be confronted by this sight. Now I realise that these 'God's Fingers' pics are a bit of a cliche in the world of photography. The equivalent of a footballer being 'sick as a parrot'.
But I don't really care..... I love it when the sky creates shapes and colour like this.
I also realise that the following video may make you wonder 'What is he on?' But I was listening to Radcliffe and Maconie whilst downloading these pics and they played Kraftwerk, a bunch of German heroes of mine..........and it just seemed to work for me........ try it......click play and look at the pics and imagine yourself on a bike on Harris........ and crank it up real loud! 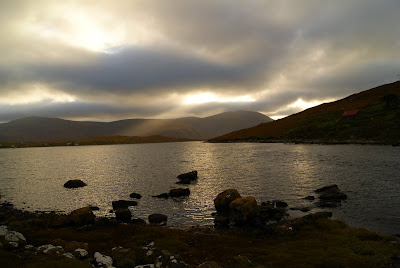 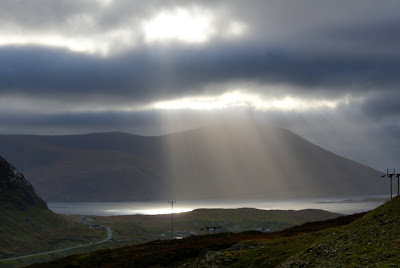 Can't you just imagine hurtling down that wee road on your 15 speed racer? Or better still......a Harley Davidson? 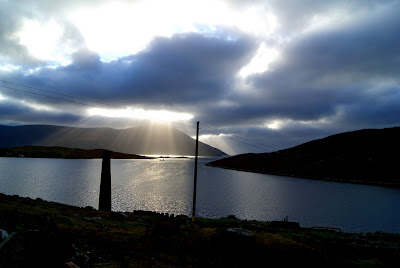 The chimney is part of an old whaling station....more of which later. 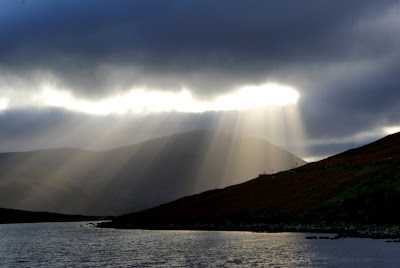 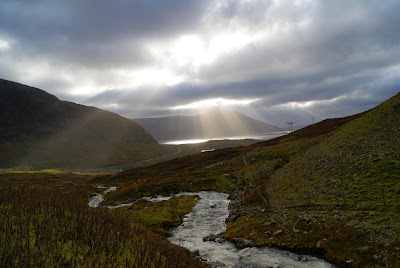 And a stop at the burn when you get too drouthy? 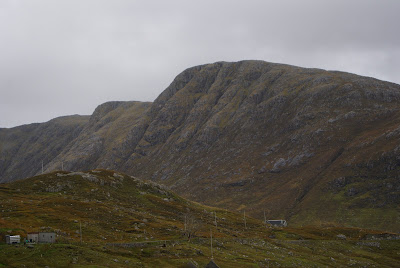