The Late Bird Catches The Goose 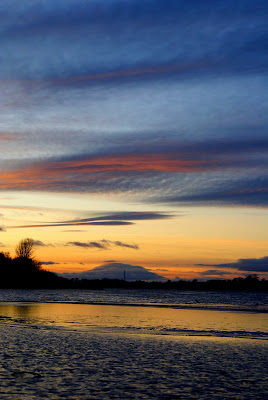 At around 3pm this afternoon I decided I'd go and catch the last couple of hours of daylight to take some pics. Picking up my camera, I thought it might be an idea to check the battery.....

So I had to charge it for an hour.

Eventually I made it down to Forfar Loch at around 4.15pm.... 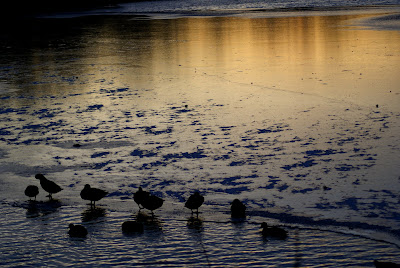 I think I hit it at just the right time. The setting sun was creating some beautiful colours both across the loch and in the sky.

The reflections of the sky on the partially frozen loch created a scene of calming beauty. 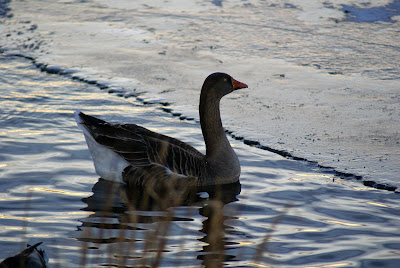 This would've been quite a good pic if I hadn't managed to catch the grass in the foreground and the arse of the duck disappearing bottom left...... I should've cropped it but hey....It's the weekend and I'm allowed to be lazy. 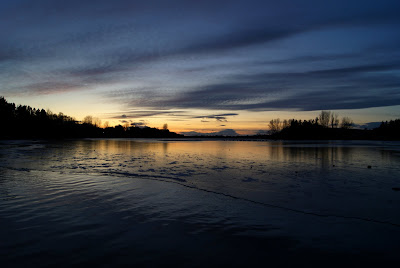 By the time I got around to taking these, I could no longer feel my hands.... It was seriously cold.
It got to the point where I was sticking both thumbs in my mouth to try to warm them up!
I just hope nobody saw me. 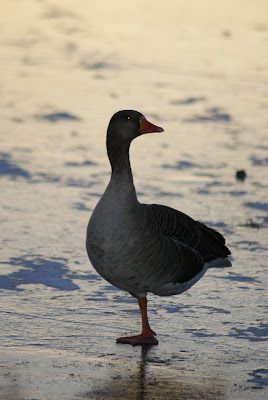 As I was kneeling down to get this pic, a wee girl approached me. She must have been around nine or ten. Her Dad was a bit behind her. She looked out over the ice and the ducks and geese, took it all in and said to me, 'Ooh that's soooo nice. Look at the way they're all standing on the ice'..... Not in your usual ten year old excitable way, but more thoughtful and restrained.

I had to swallow hard...... a little thing like that can make your day.