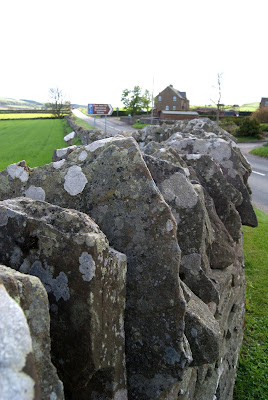 I took these yesterday on the road back from Brechin to Forfar....the ol Aberlemno road. I've posted about these stones before, but it was such a gorgeous day I couldn't resist stopping and snapping. When I see walls like this I can't help feel that I should make some attempt to learn the art of 'dry stane dyking' as it's known in these parts. It's a work of art this wall. The 'dry' aspect comes from the fact that no mortar is used in the construction and the stones are fitted together by shape and size alone.
From Wikipedia:

A dry-stone wall, also known as a dry-stone dyke, drystane dyke, dry-stone hedge, or rock fence is a wall that i constructed from stones without any mortar to bind them together. As with other dry stone structures, the wall is held up by the interlocking of the stones. Such walls are used in building construction, as field boundaries, and on steep slopes as retaining walls for terracing.

Terminology varies regionally. When used as field boundaries, dry stone structures often are known as dykes, particularly in Scotland. Dry stone walls are characteristic of upland areas of Britain and Ireland where rock outcrops naturally or large stones exist in quantity in the soil. They are especially abundant in the West of Ireland, particularly Connemara. They also may be found throughout the Mediterranean, as in Majorca, Catalonia, Languedoc, Provence, Liguria, the Apulia region of Italy, Cyprus, and in the Canary Islands, including retaining walls used for terracing. Such constructions are common where large stones are plentiful (for example, in The Burren) or conditions are too harsh for hedges capable of retaining livestock to be grown as reliable field boundaries. Many thousands of miles of such walls exist, most of them centuries old. 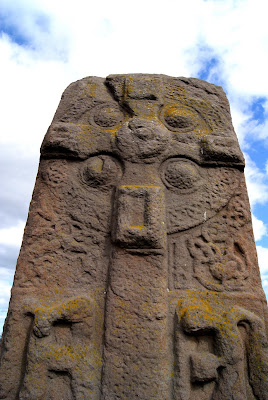 The story of the stone is described in the bottom pic. They cover it up with a big wooden box over winter to protect it from the elements and remove it about now. 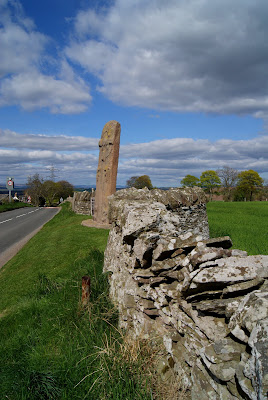 Aberlemno itself is just a tiny village.... a few houses, a nice wee primary school and not much else really. Well apart from the beautiful little church just down the road, which contains some more fantastic Pictish stones.....more of which later. 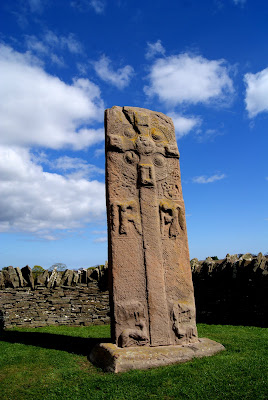 I'll get a pic of the other side of the stone when the sun is shining on it, it's not so well defined as the front....so I may need to haul my ass out of bed early one morning just for you lot...... the things I do eh? 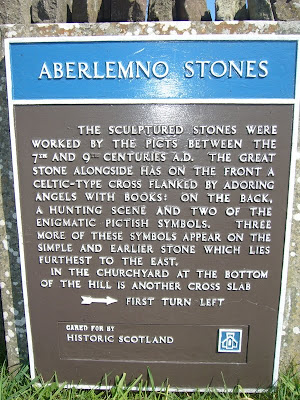