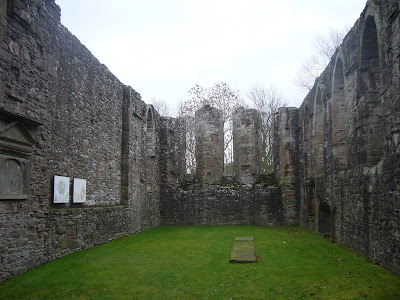 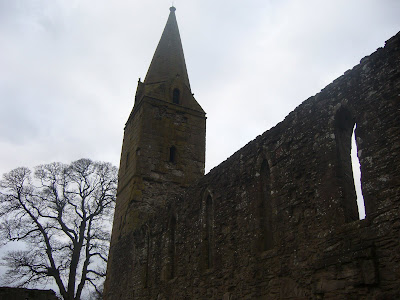 February already! A good January by my standards.... no disasters. Went out to Restenneth Priory today. Its about 2 miles east of Forfar, and I knew nothing about it. Apparently neither does anybody else. The info board gives very little away other than to say that it was probably built in the 12th century.... maybe by Malcolm IV. That's about it really. Couldn't help but think that if a building like this was found in America, they'd know absolutely everything about it, right down to what the guys who built it had for breakfast!
Posted by Neil Tasker at 20:11