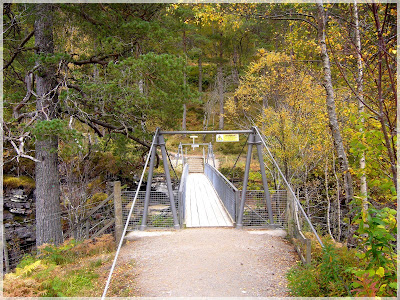 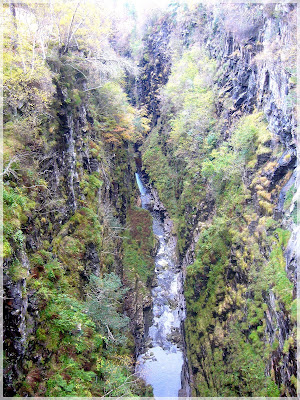 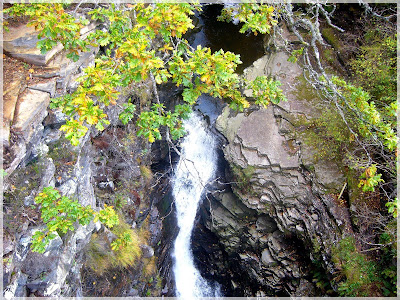 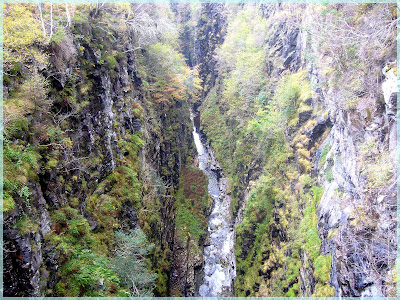 Roughly 12 miles to the south east of Ullapool on the west coast of Scotland you can quite easily stumble across this little piece of geographical wonder. It's Corrieshalloch Gorge ( you have to be Scots to be able to get your tonsils round that one).

You don't see it from a distance, it's not obvious, other than the occasional signpost. And even as you near it, you're blissfully unaware that anything spectacular is in the vicinity.

But once you step out onto that little bridge it's strange. It's one of those moments when your eyes and brain are just slightly out of sync. You know, like when your eyes don't believe what your brain is telling you..... or the other way around.

It's about 200 feet deep and the River Droma plunges about 150 feet over it. These are known as the Falls of Measach.
The wee bridge was built by the same guy who was architect of the Forth Railway Bridge (Sir John Fowler). Not for the faint hearted .