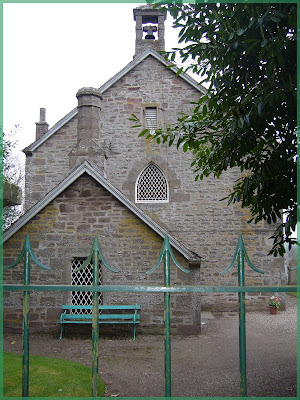 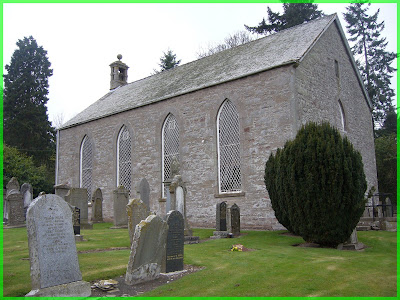 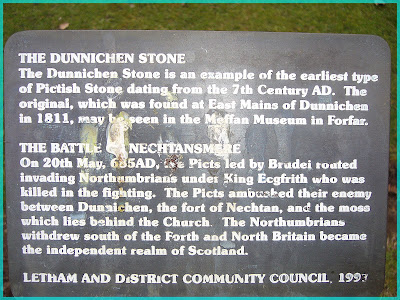 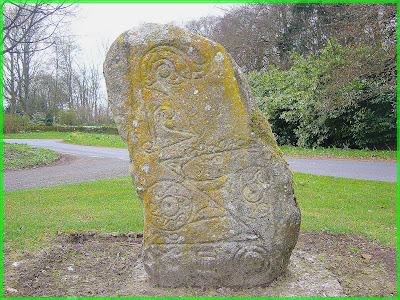 A vitally important yet often overlooked part of Scottish history took place in Dunnichen in AD 685. Dunnichen lies about five miles south east of Forfar. The Battle of Nechtansmere was fought here in 685 between the Picts and the marauding Northumbrians
The Northumbrians (or English for want of a better description) had been gradually extending their territory further and further north, capturing Edinburgh and Strathclyde. The Pictish King Bridei ( now is that where we get bridies from?) decided enough was enough and engaged King Ecfrith of Northumbria at Dunnichen, luring them into a swamp and destroying his army.
Whilst Bannockburn is widely regarded as a turning point in Scottish history, there clearly would have been no Bannockburn had King Bridei not kicked the Northumbrians arses in 685.
Top two pics show Dunnichen Kirk (church) built in 1802. The stone stands just a few yards from the green gate.
Posted by Neil Tasker at 20:12