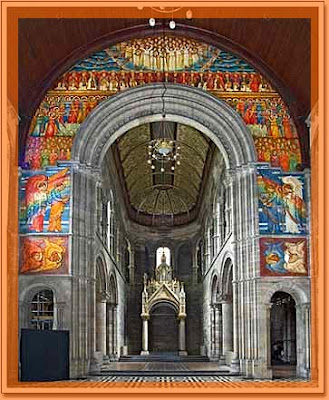 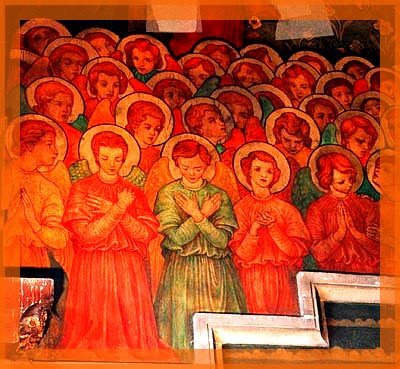 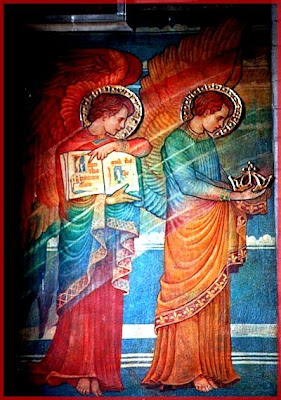 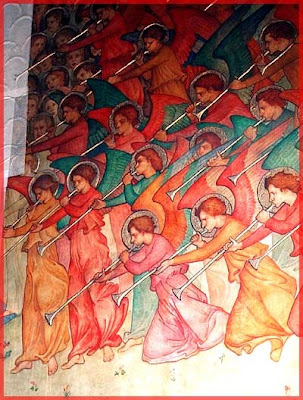 I'm aware that there seems to be quite a lot of religious imagery appearing on this blog. As I've stated before, I'm not a religious person. However, it seems to me that the greatest art stems from religion. Whether that's because that's where the money was ( I'm thinking Medici etc) or whether it's where artists are most inspired , I don't know.
Regardless, these are the work of Phoebe Anne Traquair (1852 - 1936) , an Irish born (Dublin) artist who moved to Edinburgh in 1873. She was a huge influence amongst the Arts and Crafts movement at the turn of the century. She was inspired by 'The Book of Kells' and provided illustrations for many poets including Tennyson, Robert and Elizabeth Barret Browning, Dante Gabriel Rossetti and William Morris.
But this woman knew no boundaries, she painted the interior of four Edinburgh buildings, including the Chapel for the Royal Hospital for Sick Children, St Marys Episcopal Cathedral and the most famous, at the former Catholic Apostolic Church in East London Street, now known as the Mansfield Traquair Centre.I've never been there, but I will one day. It fell into bad disrepair but has been remarkably saved. It's known as Edinburgh's Sistine Chapel.