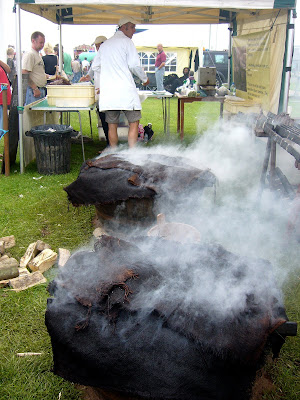 A couple of weeks back was the Arbroath Seafest which took place along the harbour and seafront area of the town. The above pic shows the Smokie stall. This was my favourite as the smell of the wood burning under the wet sacks combined with the aroma of the cooking fish is distinctly unusual and quite appetising. I'm no great fish lover but I have to admit the flavour of Smokies is pretty special. Apparently, according to EU legislation, if it's not smoked within 8 kilometres of Arbroath harbour it can't be called a Smokie.
The queue for the freshly smoked delicacies was huge..... not entirely convinced about the sartorial elegance of the stallholder though... 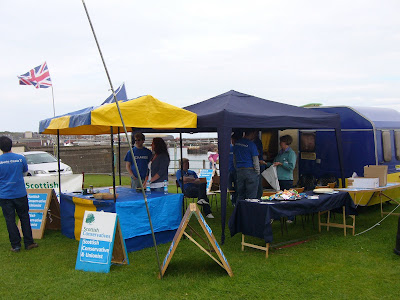 This was the stall for the Scottish Conservative Party. Busy eh?...... Just goes to show that Arbroath folk have more sense than they are often given credit for! (Just a wee political swipe there) 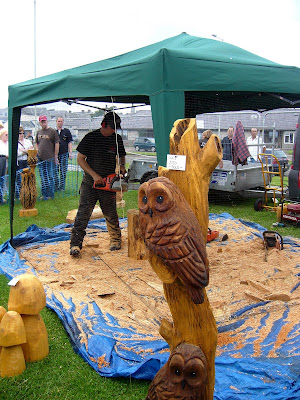 A worried looking owl wonders if he's gonna be next! And just what on earth are those phallic looking objects in the bottom left corner? 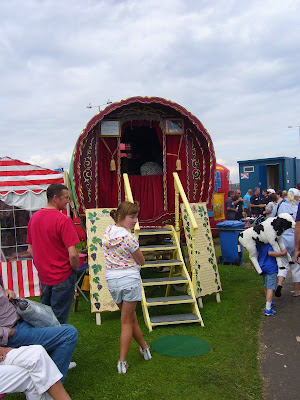 The queue for Madame Spooky's Caravan, I was sorely tempted to join it but there were some disturbing attacks taking place by toy cows...... I got out of there fast! 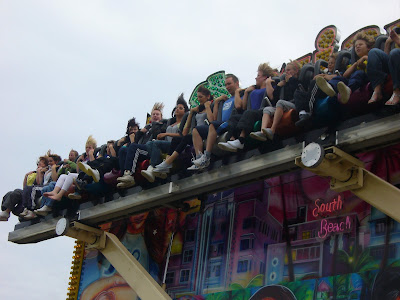 I gave this a body swerve too as I didn't think the crowd would appreciate seeing my Smokie reappear in a glorious technicolour swirl...... A Grand Day Out (with apologies to Wallace and Gromit)
For more My World posts click here