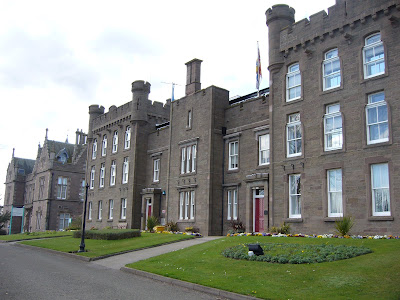 I've neglected Forfar on this blog. Porobably due to the fact that I live here and don't really find it that interesting. I think we're all kinda like that. You don't really appreciate what's on you own doorstep, as they say.

This is the County Buildings in Market Street. An imposing building which stands on a rise and is visible from many areas in the town. 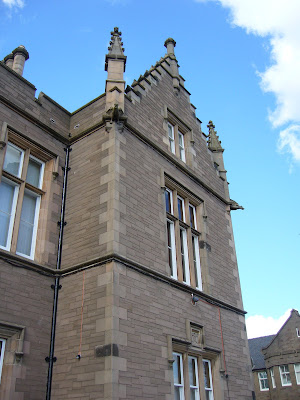 It now houses the Sherriff Court and Angus Coucil offices. I searched the internet to get some historical info on it, but the best I could get was this :

'The Court House was by James Maitland Wardrop (Brown and Wardrop) between 1869 and 1871. It has a symmetrical U-plan front with crow stepped gables, central balcony; gargoyles and circular tower with conical roof on the West and a single storey and attic wing to the North East. This was the same architect as for the Reid Hall, in 1869 but which has since been fire damaged and much reconstructed.' 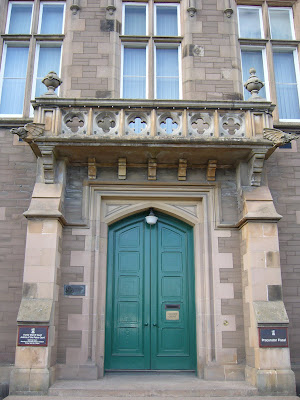 It would appear there is an 'Open Day' coming up. This is when they throw the doors open for us mere plebs to have a nose around, I may take them up on their offer and take my camera. 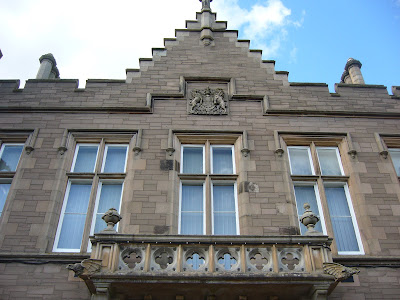 I'd quite like to see what's on the inside, without of course being summonsed to appear before the judge!

For more My World posts click here
Posted by Neil Tasker at 19:50