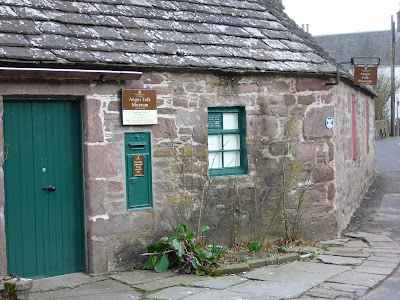 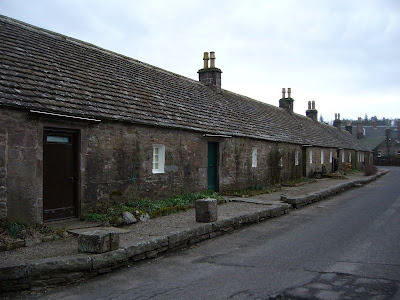 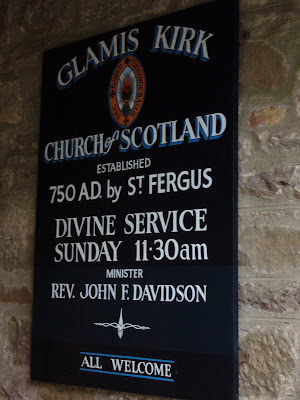 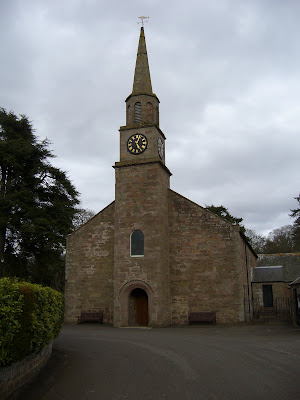 Glamis Kirk was reputed to have been established by Saint Fergus in 750 AD. Fergus was an Irish Bishop who travelled Scotland in the early 8th century and finally settled in Glamis.
His intention was to convert the 'barbarous people' to Christianity and he began to baptize early converts in the well on the Glamis Burn. The well still exists today and water taken from it is used in baptisms at the Kirk. I know this because my little girl Fiona was baptized here in 1997.
St Fergus lived in a cave nearby the well and was buried at Glamis. In 1488 the Abbey of Scone in Perthshire was a bit miffed about their lack of religious relics, and in an effort to boost the reputation of Scone they desecrated the grave of Fergus and removed his skull and placed it in a silver casket. Theiving Perthshire buggers.
The top two pics show the Kirkwynd cottages which now house the Angus Folk Museum.