Yellow on the Broom 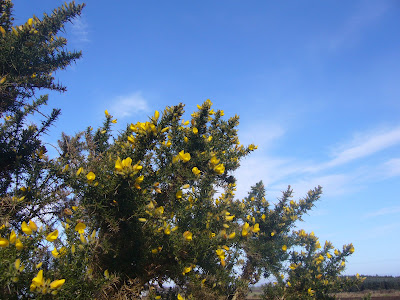 A sure sign that spring is on its way? I spotted the first 'yellow on the broom' yesterday. For those of you unfamiliar with the phrase, it's a common one in travellers lore. The appearance of the first yellow flowers on the broom was an indication that it was time for the travelling folk or gypsies to be striking their winter camp and moving on. It's a fairly well known song and also the title of Betsy Whyte's autobiography. Betsy was born in 1919 in a tent on the banks of the River Tay into a travelling family. In the 1970's she began to write about her life and the first volume of her autobiography was entitled 'Yellow on the Broom'.
Posted by Neil Tasker at 19:40