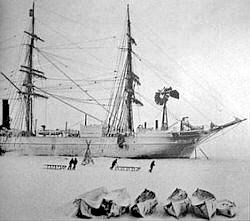 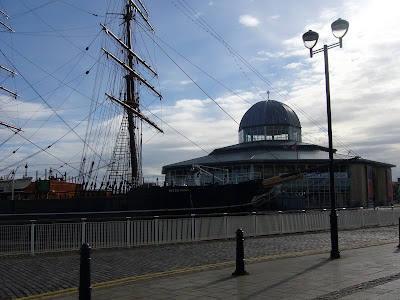 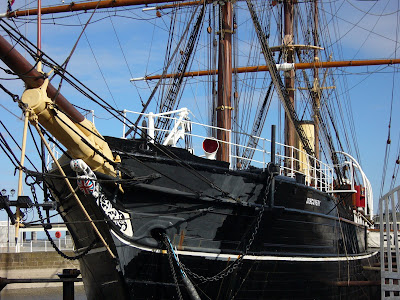 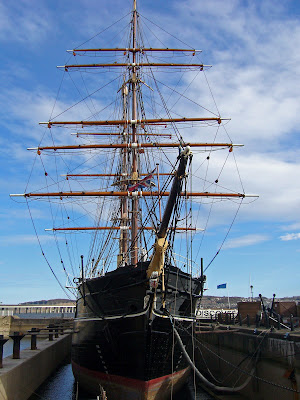 The Royal Research Ship Discovery is moored at Discovery Point in Dundee. It was built in Dundee in 1900 and launched in March 1901. It was the last wooden three masted ship built in Britain. Specifically designed for Antarctic exploration, it was the ship used by Captain Robert Falcon Scott and Ernest Shackleton on the British National Antarctic Expedition in August 1901.

Five months after setting sail, the ship reached McMurdo Sound in Antarctica where they anchored in preparation for winter. Despite their best efforts to move on, the ship remained totally icebound for two years. Undeterred, the crew were able to ascertain that Antarctica was indeed a continent and were able to relocate the Southern Magnetic Pole.

The ship was finally freed from the ice in February 1904 with the help of explosives to break the ice and it arrived back at Spithead in England in September 1904.

Discovery finally made the journey home to Dundee in 1986 aboard the cargo ship Happy Mariner and is now the centrepiece of Discovery Point.

Arthur C. Clarke, author of '2001 A Space Odyssey' often used to eat his lunch aboard Discovery when she was moored in London. As a result of this, the spaceship Discovery One in the book was named after the ship.
The top pic shows Discovery locked into the ice in Antarctica.

And whilst I'm in a nautical mood here's a bit of Tennyson :

Sunset and evening star,
And one clear call for me!
And may there be no moaning of the bar,
When I put out to sea.

But such a tide as moving seems asleep,
Too full for sound and foam,
When that which drew from out the boundless deep
Turns again home.

Twilight and evening bell,
And after that the dark!
And may there be no sadness of farewell,
When I embark;

For though from out our bourne of Time and Place
The flood may bear me far,
I hope to see my Pilot face to face
When I have crost the bar.