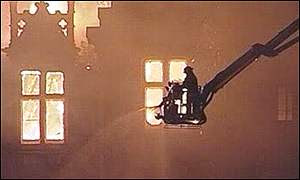 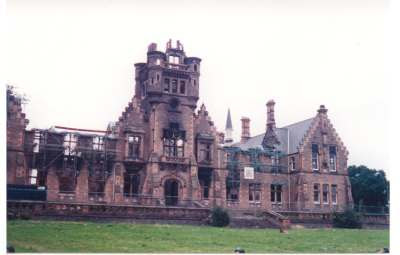 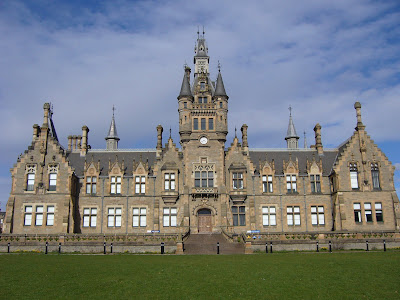 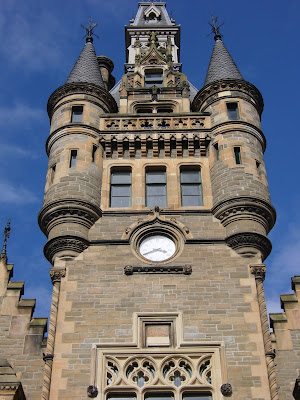 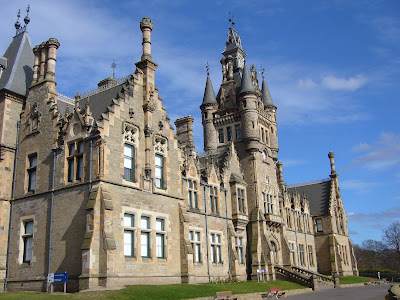 Morgan Academy in Dundee is a secondary school. Designed in 1862 by Edinburgh architects John Dick Peddie and Charles Kinnear, it was opened in 1868 as the Morgan Hospital. This was a charitable institution intended to provide accomodation and education for 'sons of tradesmen and persons of the working class'. The hospital closed in 1888 and was bought by the Dundee Burgh School Board who re-opened it as a school.
In 2001 the school suffered a catastrophic fire which destroyed much of the building. Remarkably, an £18.5 million project has seen it restored to its former glory.

The top two pictures show the fire being tackled and the resultant damage.